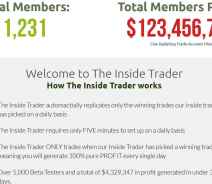 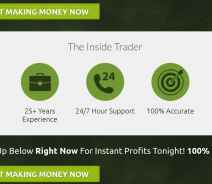 Geez, I was starting to worry because I haven’t reviewed any scams for about a week or so and I thought they are all gone! But The Inside Trader is here to prove me wrong. Scams are here to stay. Oh wait, did I spoil the surprise by calling this a scam right from the start? I thought it’s better to spare you the suspense… and how else would you call software that claims to “give” you 6 thousand US Dollars every day without asking for anything in return? In my book, that’s a scam but let’s look at the evidence and convince the naysayers. 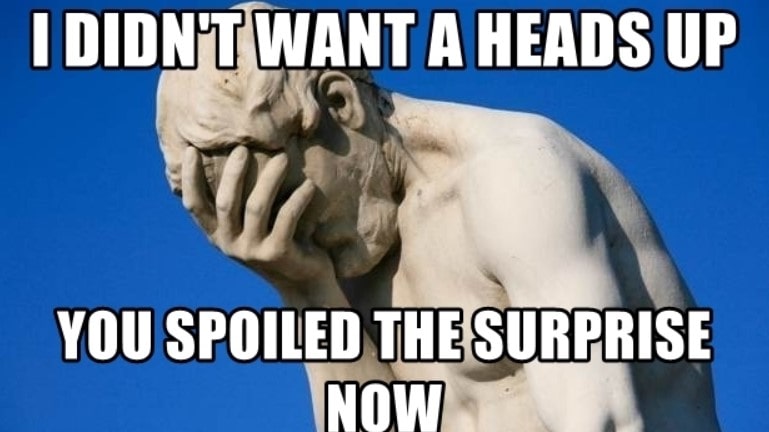 How Inside Trader Works And Why It’s A Scam

Let me start by saying this app is a real piece of work: it actually claims to pay you 2,000 USD for just signing up and then it claims to make you up to 6,000 USD DAILY on autopilot. That’s…WOW… it’s amazing. I can’t wait to get rich. Seems like the scammers are running out of “clients” if they now want to pay us just to register… as if making us millionaires wasn’t enough.

Never mind the mixed up words “fill you are out details” that’s not the problem… the whole thing is. And what comes next blows my mind even more (if that’s even possible): the guy claiming to be the creator of this “gem” says that just over 2 years ago he walked away from a job on the Inside Trader Stock Exchange…

In most countries, inside trading is illegal but let’s not focus on that for now. However, to claim that an actual Inside Trader Stock Exchange even exists or that you can get a job there is mind blowing – yes this scam blows my mind every chance it gets (and that’s about twice per minute). 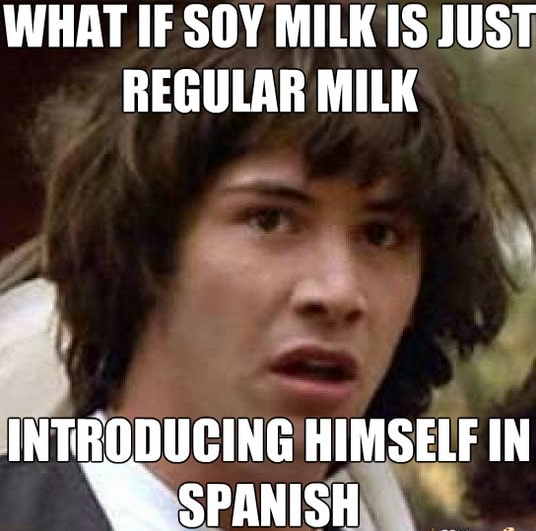 Anyway, after quitting his job at the “Insider Trader Stock Exchange” he took his secrets with him and decided to use them to help small traders like you and me (funny how all these big sharks suddenly decide to help the little guys). As for how the software works: secrets! That’s all we are going to get in terms of explanations. What we do get instead of actual info about the app is a few minutes of bragging about how much money he was making as a trader on that bogus Inside Trader Stock Exchange and how Bank of America and Citibank were “throwing” money at him to come work for them.

I really think that scammers should step up their game because at this point their stories have the effectiveness of a guy telling his 3-year-old kid the goldfish is going to Fish Heaven and the only way to get there is to flush it down the toilet. It works on the 3-year-old, but try telling that to a teenager.

Probably because the story is so sketchy, Mr. Salesman feels the need to add some “proper” testimonials – you know, from real people who used the software. 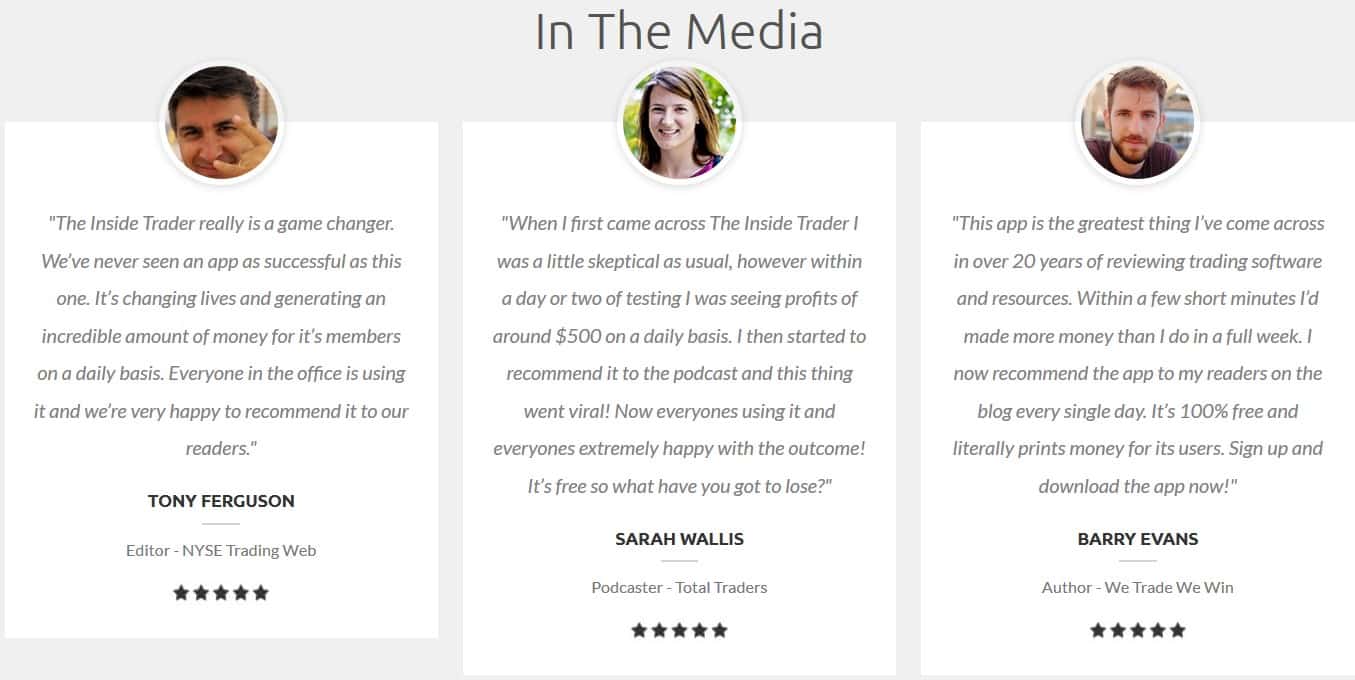 The guy on the left is an editor for NYSE Trading Web, which is a non-existent publication, obviously. He calls the Inside Trader a game changer and says that everyone in his office is using the software. In an office? WTF?? Why would you still keep a job if you can be a millionaire without doing anything?

Then we have the lady in the middle: she says the app is making her $500 per day and that she is very happy with it. Well, lady, you must be doing something wrong because this app is supposed to make $6,000 per day or even $18,000 per day, depending on what part of the website you are looking at. Just have a look below: $18,007 EVERY DAY.

And finally, we have the guy on the right who says this “app is the greatest thing I’ve come across in over 20 years of reviewing trading software”. Sorry, but that guy barely looks a day over 25 and I may not be the best at guesstimating people’s age but come on, he can’t be over 30 so either he’s been reviewing trading software since he was 5 or 10 years old… or this is a fake testimonial. I don’t know, which one do you think it is?

The Cherry On Top – The App Doesn’t Exist!!!

Although it was obvious to me right from the very first minute that I am dealing with a scam, I still registered and “claimed my FREE spot” because I wanted to see the trading robot or platform or whatever they were offering. But surprise, surprise: once I clicked Join, I didn’t see any auto-trading robot, or anything related to trading. Instead, all I got was a Click2Sell platform.

Bottom Line: Do I Really Need To Say It?

In case you are not familiar with it, Click2Sell is a self-service advertising platform that enables individuals to run online advertising campaigns. And that about wraps it up: we have a website which is just a single page actually, without any information about the company, without any terms and conditions or disclaimers but with obnoxious claims of $18K per day on autopilot and fake testimonials.

The funny thing is that they don’t even have the slightest trace of a working robot, app or any other type of trading software. I am sure they will probably update their page in the near future and will add some sort of trading app, but that won’t make this Insider Trader System anything more than a cheap scam.