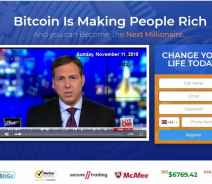 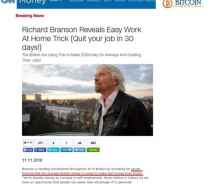 Wow, what an interesting and intelligent name: Bitcoin Money. That must be the tenth robot in the last 3 months, with a 2-word name out of which one is “Bitcoin”. But I am sure this one is truly legit; this is the one that will make us all rich… again. And I say again because this is nothing different from all the other “Bitcoin *insert word*” super-robots. Let’s see how this one is going to change our lives to the better.

What Is Bitcoin Money And How Does It Work

How does it work… well it doesn’t, or at least it doesn’t work for us but it does work for the scammers who are trying to sell you a dream. To make it all clear right from the start: this is just a rehashed version of Bitcoin Revolution, Bitcoin Formula, Bitcoin Secret, Bitcoin Evolution, Bitcoin Trader and more. The short sales video starts with a so-called news report about Bitcoin and how well it has performed in the past, followed by a few other cuts from celebrity interviews talking about – you guessed it – Bitcoin and how great it is. 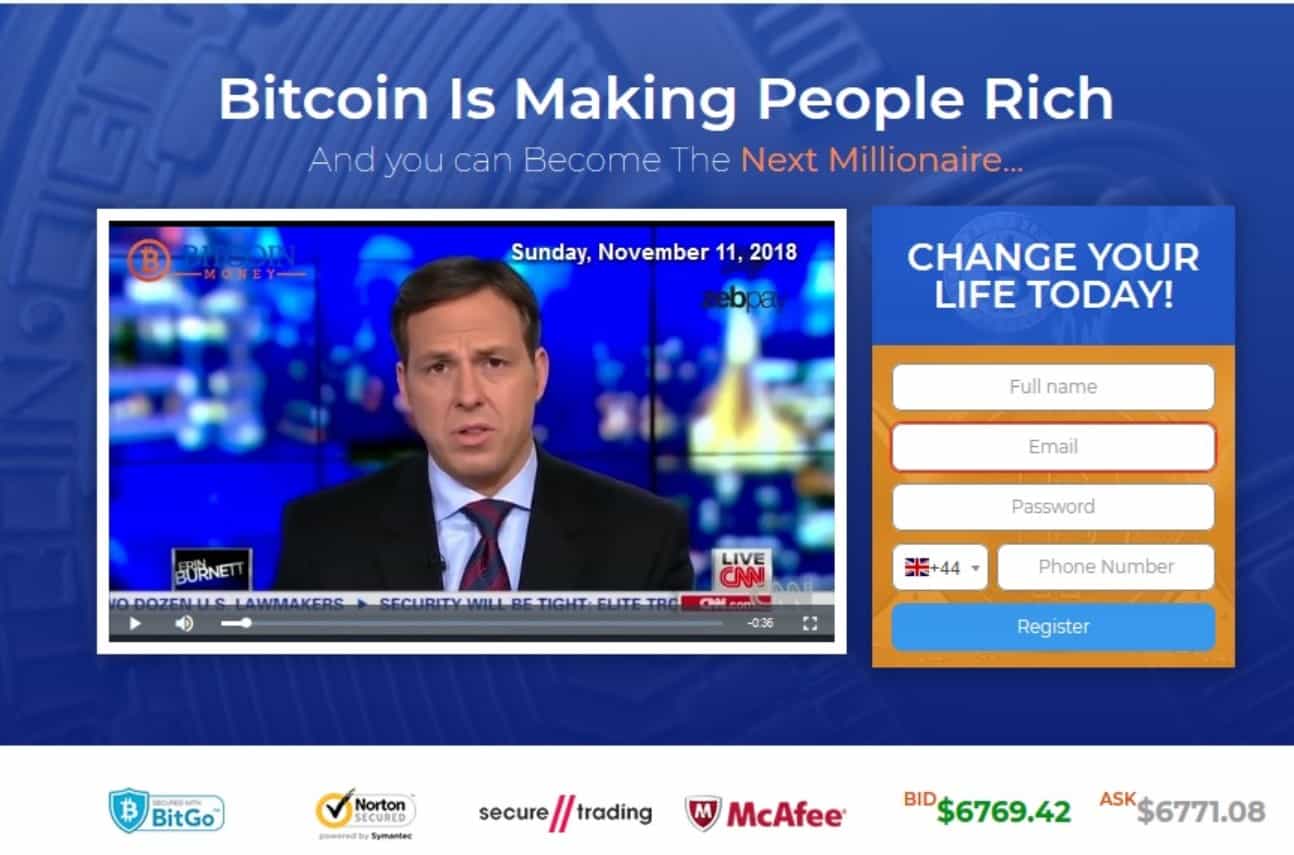 See, “Bitcoin is making people rick and you can be the next millionaire”. It’s right there on the screen so it must be true. And look at all the millionaires, billionaires and gazillionaires supporting it: 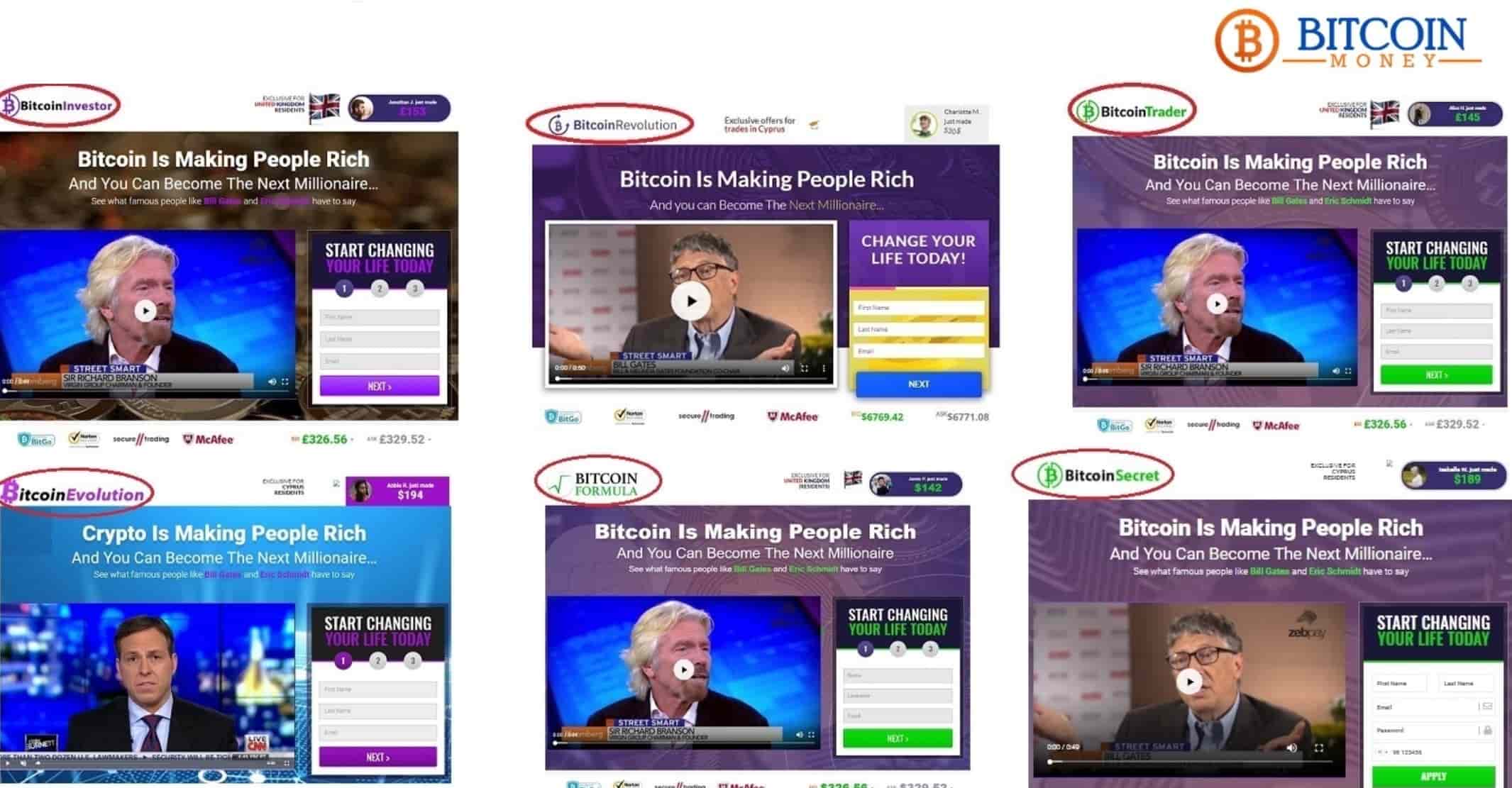 Branson, Gates, and others are all talking about Bitcoin and how it is gonna take over the world. Now don’t get me wrong, Bitcoin has its rightful place in history, whether you are a fan or not but that’s not the question or problem here. The problem is that the people behind the Bitcoin Money app are trying to make us believe that their software’s performance is somehow related to Bitcoin’s, which couldn’t be farther from the truth.

Bitcoin Money is actually nothing more than a quick money-grab meant to capitalize on the people’s desire to make a quick buck out of Bitcoin. How it allegedly works is like this: they have some secret algorithm that knows what Bitcoin is doing – whether it’s going up or down – and they’ve built an app that automatically opens trades on your broker account, based on the algorithm’s findings. This will net you about 10 million gazillion hundred bucks every millisecond and will allow you to buy the world… of course. 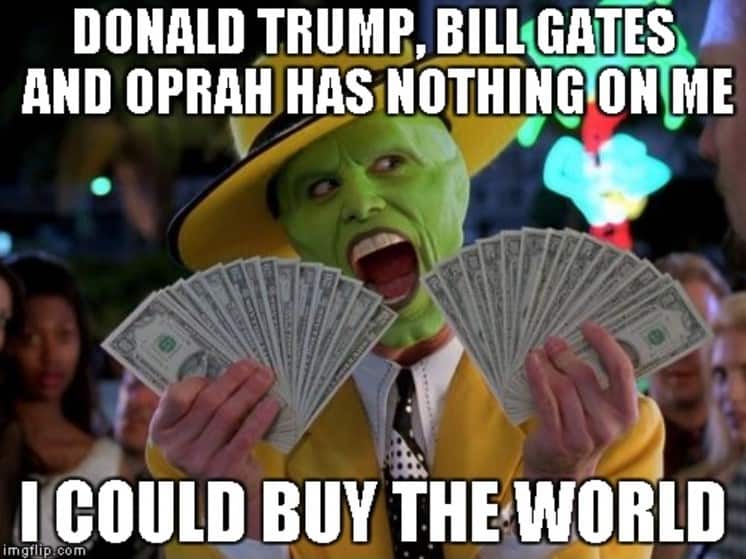 Now, I understand that most of you see how that’s messed up and don’t think for a second to give your money to such an obvious scam, but for the few who don’t see, here is the breakdown: it’s a SCAM dude!!! You will not make any money with this. It’s just a white label software/layout/scheme that’s been used countless times in the past and will be used again in the future, I am sure.

Man, I almost miss the days when we saw an autotrading robot and actually stopped to think for a moment: “Hey, can this work? Is this legit?” But these “Bitcoin *stupid word*” are just laughable. I mean, it takes us about 5 seconds to look at the site and see it’s the same scam under different clothes and with a slightly different color scheme.

Bitcoin Money In The (Fake) News

We’ve talked about this in the past but it’s becoming a standard tool for the scammers and we must warn about it again: these apps are accompanied by fake news that appears to be coming from major online publications, for the purpose of making them look legit. Take a look: 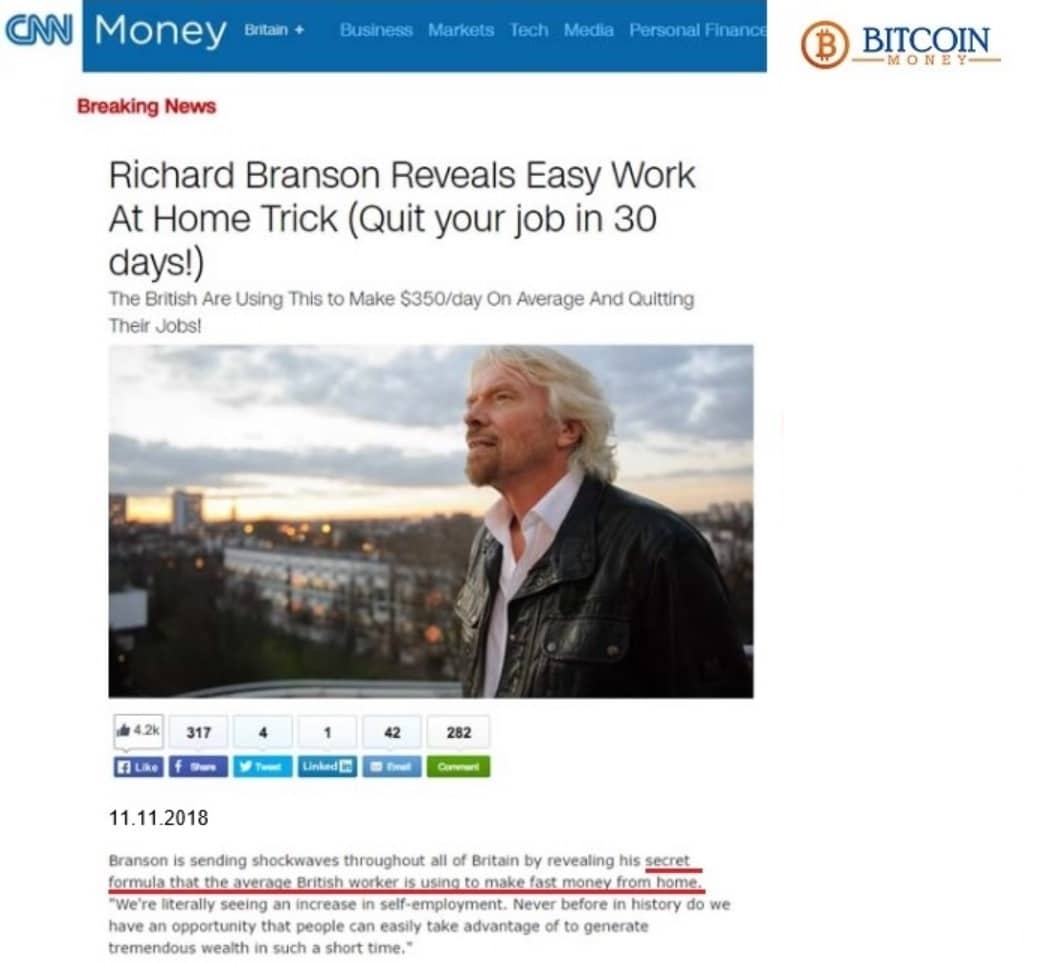 According to “Breaking News” coming from CNN Money (the FAKE CNN Money), Richard Branson is revealing his “secret” to work from home and make fast money. Bitcoin Money that is! To the “untrained” eye, this may look like enough incentive to try the software but be warned: it’s nothing more than a trick to make the scam look real… after all, just saying that you will be rich is getting old so they have to come up with something new(ish).

The Broker aka How They Make Their Money

No scam is complete without a way to cash in on it. And to do that, the Shitcoin Money team need to sign you up with a broker that will then pay them a commission for each client.

If you take a look at the pic you will notice two things: 1- Bitcoin Money/Trader/Revolution all have the same layout and way of congratulating you for signing up (they even say “you got lucky and we managed to register you at ABC Broker” – ok, thanks for putting in a good word for me ‘cause otherwise that broker wouldn’t take my money). And 2- they all say that you will be treated to high payouts of up to 88%, which means you will be trading Binary Options (well, not you because the magic software takes care of everything of course). Anyway, this is yet another proof that Bitcoin Money is nothing more than a re-skinned version of a scam we’ve seen many times before.

The Wrap Up: Cheap And Sleazy Scam!

Maybe there’s something good we can take out of all this: whenever you see some auto-trading crypto robot with Bitcoin in its name that looks like it’s endorsed by star financial players like Branson or Bill Gates, just stay away. Or at least be careful because there’s a high chance it’s a scam. I didn’t say “It’s a scam” period, because maybe – just maybe – someday Bill Gates will decide to make such software and give it away for free… that would be a cold day in hell! 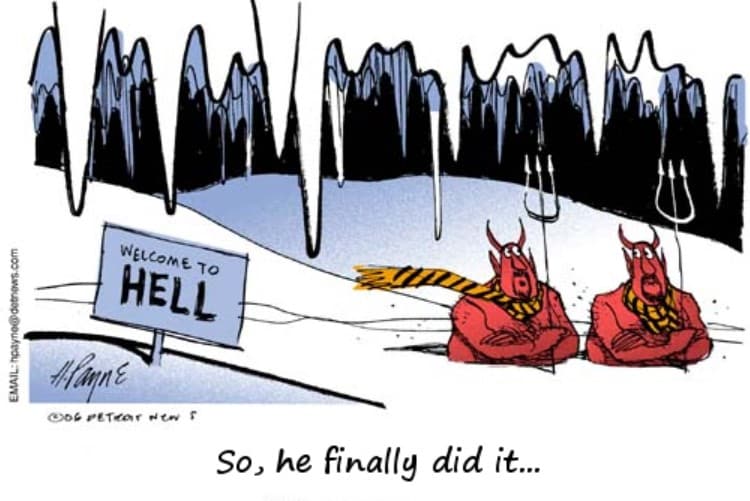