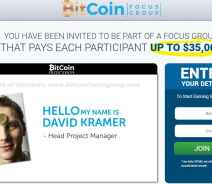 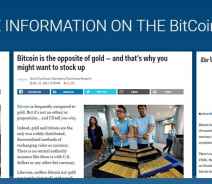 Seems like I cannot go online anymore without reading something about Bitcoin and cryptos in general. Bitcoin here, Bitcoin there and everywhere you look there’s some guru who is about to make you rich with Bitcoin. 2017 has been the year of crypto currency without a doubt but when something sees such an amazing increase in value, surely scammers will start to come out of the woodwork. Now, I’m not saying that Bitcoin Focus Group is a scam, but, but hold on, what am I saying… of course it’s a scam. Here’s why.

What Is Bitcoin Focus Group?

Simply put this is a marketing scheme to get you to invest in the brokerage CoinBull, which focuses exclusively on cryptocurrency CFDs. But they don’t tell you that right away and instead, they walk you through the normal steps of telling you a story and then ripping you off. Here’s the story:
A dude – David Kramer – is building a focus group which is a “multi-staged earning program that incorporates education with the power of patented algorithmic auto trading technology” BOOM! Head explosion. 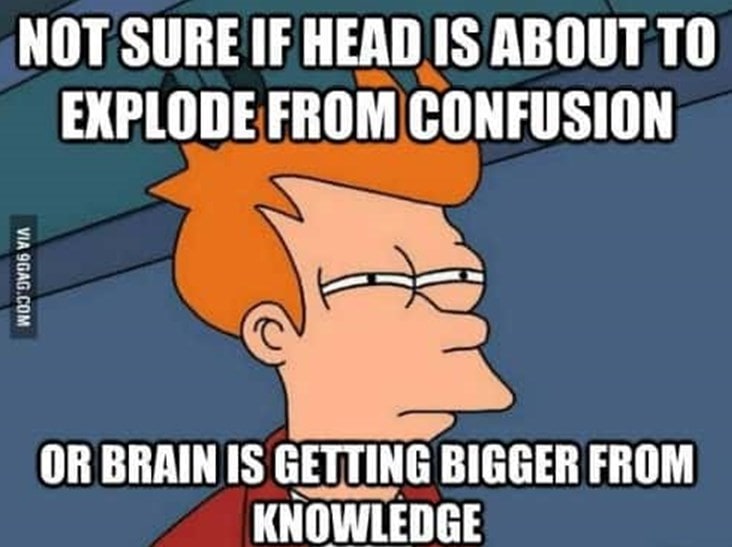 You will learn the secrets of trading cryptocurrency from the top crypto traders and will be given the auto trading software they’ve been using since the creation of Bitcoin… yea, and next you’ll have a beer with Satoshi Nakamoto while Mickey Mouse sings New York, New York live.

But wait, there’s more. If free education and free autotrader that makes tons of money every week is not enough, the creators of this Focus Group have another surprise: they will pay you an extra 35,000 USD just to participate… yea, I know, it’s kinda like “I will pay you to accept the free money that I want to give you.” 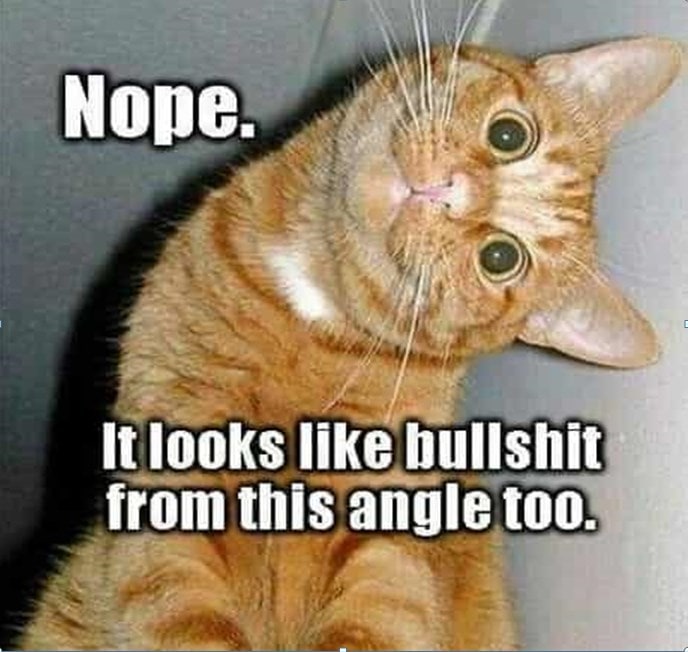 How Much Can You Really Make?

So, let’s get to the juicy part: how much money can you make? According to their video, the members of their first focus group, which was sometime in 2016 “altogether made $250,000 EACH” in about 45 days. The focus group we’re talking about will be double the time (90 days this time) and they want to achieve double the profits (so, that’s half a million). Remember it: 500K in three months.

The “Power” of FAKE Testimonials

To prove the legitimacy of this Focus Group, David then summons the ancient power of testimonials, inviting us to check them out and saying they are “real and verified through an international regulatory agency”. WOW, I wasn’t aware there’s a regulatory body for testimonials… he’s probably talking about Fiverr (you know, that website where you pay 5 bucks for testimonials and other acting stuff). So, yea, I am sure those are real people in the testimonials but I am also sure they are paid for their acting chops.

Just when I thought the video’s about to end, I get one more surprise: he will give me an extra 200 bucks in my account. OMG, I get so many gifts! I get 35K for participating in the focus group, I get a free software that will make me 500K in 5 months (or 60K, depending on which version you wanna believe) and on top of all that, I get 200 bucks. Well, that last part seems so unimportant, but he’s such a nice guy who just wants to help me so I have to please him and take the money.

The Real Story, or Why Bitcoin Focus is a Scam?

As I said in the beginning of this review, the whole Bitcoin Focus Group thing is a marketing setup to make you invest with CoinBull, which is a new brokerage, without proper regulation, although they claim to be regulated. This is nothing new and has been done too many times before: secret and amazing trading software that makes truckloads of money is offered for free but you have to sign up and invest with a shady brokerage. The invested money will be lost by the account managers of that brokerage and you will be asked to invest more to recover the losses, which you never will. There’s nothing pretty about it, it’s just the cold truth so don’t ask me to sugar-coat it. Just stay away.