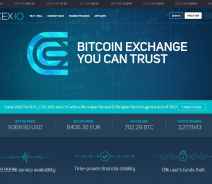 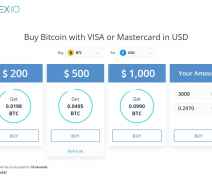 Why Does CEX.IO Suck In 50 Words

Although this is an exchange and their only focus is cryptocurrencies, the selection of coins is a bit limited: only 113 coins to buy, sell, and trade. It’s true those coins can be traded against USD, EUR, and other cryptos, which increases the number of tradable pairs, but the fact remains that the asset number is low compared to bigger exchanges.

Why CEX.IO Doesn’t Suck In 50 Words

Although the Gibraltar Financial Services Commission is not the most prolific of watchdogs, CEX is a regulated exchange, and has been in business for quite a few years (the project first started in 2013), which is a long time in the crypto space, and gained an overall good reputation. Add to this the fact that they are also registered with the FinCEN and you have a trustworthy crypto partner. Also, their security seems to be a notch above others because CEX.IO did not experience any major data breaches until now.

Is CEX.IO A Scam?

So far there’s nothing that can make us suspect CEX.IO of being a scam. Some users have complained about delayed withdrawals but no one complained about not receiving the withdrawal at all. Users in the crypto space are very vocal, which means that a scam would be quickly exposed or at least there would be some rumors around the internet. This is not the case with CEX.IO, and everything is quiet, with business going on as usual.

On top of all that, the US branch is registered as an MSB with FinCEN, which is not the same as being fully regulated but it’s definitely better than having no supervision. That being said, we cannot say 100% that CEX.IO will never be a scam. All we can do is tell you that so far there haven’t been any scam incidents related to CEX.IO.

Notice!: This Exchange has been rated average by our Staff. Start your trading career with a Top Rated Exchange Now!.

CEX.IO is a well-known and respected cryptocurrency exchange that serves clients across the globe, including U.S. residents from supported States. The exchange is jointly operated by CEX.IO Limited, CEX.IO Corp. and CEX.IO LTD.

• CEX.IO Limited is regulated by the Gibraltar Financial Services Commission as a DLT Provider.

• CEX.IO LTD serves U.S. residents, and is registered as a Money Services Business (MSB) with the U.S. FinCEN.

• CEX.IO has been granted temporary registration as a cryptoasset business by the British FCA.

The project initially started in 2013, as a cloud mining operation and slowly but surely developed into a full-scale crypto exchange, ditching crypto mining altogether. Although CEX is considered a relatively long-timer among crypto exchanges, they are still a step behind other exchanges when it comes to platform tech. The trading platform is web-based only, it has limited technical analysis tools and a poorly designed UI, although the latter part may be subjective.

There is the possibility to open something called Advanced Charts (look in the upper right corner) but those are hardly advanced and although you get some technical tools (drawings, indicators), it all looks very… 2010-ish. On the flip side, they’ve recently launched a separate platform, called CEX.IO BROKER, which allows margin CFD trading, but unfortunately, that’s still in Beta phase (and it’s been that way for a long time). We’ve managed to use it and it’s decent, but it’s not as advanced as others are; however, it has more technical tools than their “classic” platform.

As is the case with most crypto exchanges, the minimum requirement for deposit is very low, almost non-existent: 20 USD if you want to deposit by card or SEPA transfer. There are other methods and the minimums will differ ($300 for SWIFT transfers; $35 for Skrill) but the amounts are usually very permissive.

They don’t have account tiers where you get more advantages if you deposit more; everybody is treated the same, but clients will have to go through the verification process if they want higher daily limits (for deposits and withdrawals). There’s also the possibility of using a Demo account but this is only available on CEX.IO BROKER (margin trading platform). We’ve used it and it works just as a demo should.

The education part is somewhat lackluster, in the sense that you won’t find any trading tutorials or information regarding different coins, or daily market updates. Well, at least the account verification procedure is thoroughly explained and that’s a good thing because all crypto-to-fiat exchanges require this verification but CEX.IO’s procedure is one of the more complicated ones.

Overall CEX.IO is a trustworthy crypto exchange but it lacks in some areas such as charting package and education. If you are willing to get over these shortcomings (maybe use third-party charting packages), then CEX is a good option. But if you need charts with proper tools in front of you at all times and if your trading is based on technical analysis, then you will not be satisfied with what CEX.IO has to offer.

In one way or another, CEX has been around since 2013, starting as a cloud mining service, then developing into a fully-fledged and respected crypto exchange. However, CEX’s online presence is not as prominent as Bitfinex, or Binance and neither are their volumes (CEX daily volume: $22m; Bitfinex daily volume: over $500m; Binance daily volume: over $25b).

Despite being unable to compete head to head with the big boys when it comes to volume numbers or charting platforms, CEX.IO has a loyal client base and we couldn’t locate any major complaints, except the occasional withdrawal that’s taking too long or problems with the account verification process.

The exchange is pretty straightforward, without any features that can be considered extra, except maybe the margin trading platform CEX.IO BROKER, but that’s still in Beta. CEX also runs limited-time special offers and also allows staking of certain coins.

The website is clean and with easy-to-find information. The platform itself is very simplistic, which also makes it very straightforward and easy to use. The downside is that you won’t find a lot of trading tutorials and the verification process is difficult. Mobile platforms are available for iOS and Android. U.S. clients from certain states are accepted.

CEX.IO offers only 113 cryptocurrencies, which is kind of average for a crypto exchange but at least all the major players are present, like Bitcoin, Ethereum, Litecoin, Dash, Ripple, Stellar, Tron, etc. Trading volume is low but decent (around $22 million daily, at the time of our review) compared to huge exchanges such as Binance but they definitely provide enough liquidity for normal traders, who don’t want to buy or sell millions of dollars worth of crypto.

The fee schedule is competitive but it’s in line with the average for the industry: 0.25% for the Taker and 0.16% for the Maker. The fees will go down if certain trading volumes are reached within 30 days but unless you are a crypto whale, you won’t feel the difference. Deposits via credit cards carry steep fees of up to 2.99% but are free for bank or SEPA transfers. Withdrawals also carry fees of up to 3.0% for cards and 0.3% + 25 USD for bank transfers.

The methods for both deposits and withdrawals are Visa, MasterCard, bank transfers (SWIFT, SEPA, and ACH) and e-wallets such as AdvCash and Skrill (more methods may be available depending on the client’s location). The processing time for deposits is usually one business day, while withdrawals may take up to 3 business days. Of course, crypto deposits and withdrawals are also available and the time it takes for the money to appear in your account or wallet depends on network congestion and confirmation. The minimums are very low, at just 20 USD or equivalent.

They are authorized as an MSB with FinCEN, regulated by GFSC and they offer margin CFD trading on a separate platform (CEX.IO BROKER), which is currently in Beta phase. Staking can be considered another extra but a lot of other exchanges offer this feature as well.

Warning!: Notice!: This Exchange has been rated average by our Staff. Start your trading career with a Top Rated Exchange Now!.
3 Responses to “CEX.IO”
Sort By:
Click here to cancel reply.
Thanks for Submitting!