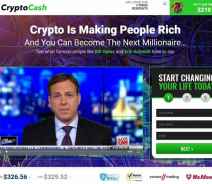 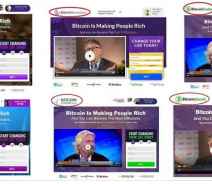 The CryptoCash app is supposedly the end of all your money problems and also a secret way to earn Bitcoin and altcoins without doing anything. Nice, huh? Well, hate to burst your bubble but it’s all a lie and Crypto Cash is nothing more than a cash grab meant to get you signed up with their “best” broker. Keep reading to learn exactly why this is a scam and why you should stay away.

What is CryptoCash And How It Tries To Fool You

First of all, you should know that Crypto Cash is a carbon copy of many other known scams, such as Bitcoin Trader, Bitcoin Formula, Bitcoin Evolution, and Bitcoin Revolution. We’ve reviewed many of them and there’s no doubt they’re all scams; in fact, some of them have already disappeared and the reason for that is very straightforward: people realized they are dealing with a scam! So what we have here is simply a rebranding of an old scam… actually, it’s just a name change because everything else is almost identical. 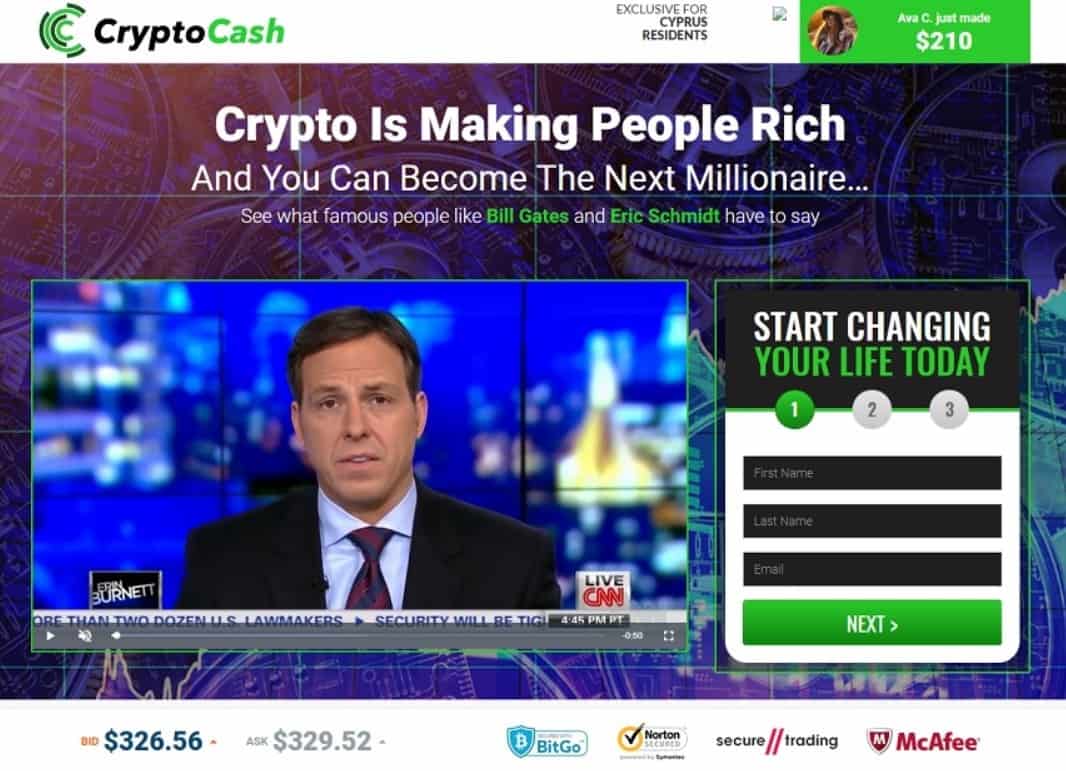 “Bitcoin/Crypto is making people rich and you can become the next millionaire”. This is getting really old, really fast. It looks like these scams aren’t even trying to appear legit. Basically, their websites are all the same, with the same videos, the same slogans and even very similar color layouts. Take a look at all the examples below:

If you look at all the supposed money-makers, they are all built on the same structure and they all try to make you believe that personalities like Bill Gates, Richard Branson and many others are somehow endorsing the apps, which couldn’t be farther from the truth.

This is a new “trend” developed by crypto-scammers, and part of it is to post pictures of articles that look like they’re published by major media outlets. A good example is the use of Andrew Forrest’s name (Australian billionaire and former CEO of Fortescue Metals Group) in relation with another Bitcoin auto-trader. Although his name is not used in direct conjunction with CryptoCash, it’s still something to be aware of because it’s a common modus operandi, so next time you see an article about a supposedly magic app on a big website, don’t believe it. In a futile attempt to grab more clients, the scammers make stupid claims like saying their software is 0.01 seconds ahead of the market, so this is supposedly their “secret” and also the way that the app is making money. Of course, we’ve encountered the same claims with the other scams I’ve mentioned above and if you pause for a second to think about it, it’s actually funny. How can someone say that a trading app is ahead of the market? Unless you have a time machine, you cannot trade what doesn’t exist and guess what: the market exists NOW, not 0.01 seconds in the future.

Clones Everywhere. Why So Many?

If you’re wondering why these scammers are building and launching so many apps which look surprisingly similar, the answer is simple: to cut back on costs. They build one crappy software and as soon as people catch on, they change the name and Presto! they have a “brand new” scam to cash on, at least until sites like ours start spreading the word that it’s a scam or until people realize it by themselves.

As all auto-trading robots, this one is advertised as free of charge. In reality, this is not the case because you will have to deposit at least $250 with their “best” and “safest” broker. The scammers will be paid an affiliate commission and you will end up with 250 bucks stuck with a broker without regulation and – in many cases – without a clear address. Of course, the broker choice changes depending on the region you’re accessing the site from, but usually their trustworthiness is questionable. See below one more proof that Crypto Cash is a clone of Bitcoin Evolution: same layout, same words, just different logos (and different brokers in this case).

This autotrading crypto robot is a scam and has been already reviewed by us more times than necessary, under different names. Actually, hold on! “More times than necessary” doesn’t apply because for every new attempt the scammers make, we will write a review. Each time they come up with a different name for their existing app, we will warn you and will review the “new” app. As for this particular one, you can be 100% sure that its only purpose is to get you signed up with an unregulated broker so they can get a commission. That’s it! The app doesn’t work and will only lose you money!