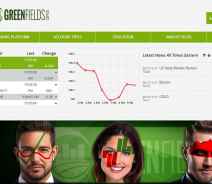 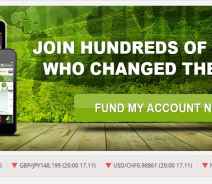 GreenFields Capital came to our attention through various autotrader and robot scam reviews so it’s easy to form a bad first opinion about them. They frequently show up as one of the “trusted brokers” to sign up for many scams. For example: “FinTech Limited” and “Binary Option Auto Trading”, OptionRobotPro, and iBinaryRobot just to name a few. This alone screams SCAM.

GreenFields Capital is a non-regulated broker operated by KINTEKA. GreenFields Capital was operated by Premium Peak Ltd until recently. The name and address change comes soon after being warned by the UK authority; FCA. The broker offers Cryptocurrency trading and CFD. They have a registered address on the 5th Floor, office # 71 on 9th Joe St. Tallinn, Estonia which is a virtual office. They claim to be in the process of getting regulated according to their chat but we have reasons to believe this is not true. Their phone number, however, is not Estonian but rather a UK number: +442036080844.

This broker is not regulated and is known to be affiliated with robot scams. The short and plain answer is: no, you should select a regulated broker with a good reputation. But let’s dig deeper here, the bonuses are something I wish to address first. Interestingly as mentioned above there are two statements: you can withdraw if you have a bonus if you pay a “fine” but also that you cannot withdraw if you have bonuses. Apparently, this could be something that your account managers get to decide. It already sounds like a bad deal. But perhaps the craziest part is the volume you need to generate before you can withdraw! This is what GreenFields Capital’s Bonus Policy states:

Regarding the platform, Greenfields have upgraded their platform since they switched from Binary Options to CFDs and Cryptocurrencies. They are still using SpotOption but their new Spot5 CFD style. The platform looks pretty nice but a lot of former Binary Options brokers use this platform as well to offer CFDs so it’s nothing unique for GreenFields.

We recently reviewed PlusOption and it can’t be a coincidence that the terms and conditions of this broker are exact words for word a copy of GreenFields Capital. The only difference is that PlusOption replaces the name GreenFields Capital. This broker also showed up during our scam reviews and has a bad reputation. But, here is where things get really interesting! While checking under their bonus policy, apparently they forgot to replace Greenfields Capital with PlusOption! The support over at PlusOption denied knowing about GreenFields Capital despite their own terms and conditions including the name. The whole thing looks really fishy. Either both brokers are connected or one copied the other. Nevertheless, none of them are trusted or reputable brokers. Both firms have also been warned by FCA.

Withdrawals may take 7-10 business days and the minimum through wire transfer is 100$. There are only two methods available for withdrawals: C.C and Wire Transfer. Notice that if you have not made any trades and wish to withdraw, a 10% fee may apply.

Range Of Markets, Spreads, And Leverage 10/20

The live chat was available which is a plus but they were not being straight about their regulation, saying they were in the process of getting regulated but would not mention through which regulator which is strange but also the fact that they use bonus traps means they are not playing by the rules and therefore, we could assume the support is not honest. There is a very big dormant account fee of 49.9 only after 30 days of inactivity which is worse than many other brokers and on the subsequent month, you will be charged a bigger amount, 99$ again and every thereafter! If you do not trade at all and wish to withdraw, you will be charged 10% on your deposit.

Minimum withdrawal via Wire is 100$ and only C.C and wire is accepted for withdrawals. Wire deposit will cost 25$. For deposits, you can choose C.C, Wire, E-Wallets, and Western Union. E-Wallets are Skrill, Neteller, and Webmoney. Bonuses are given but the amounts are not mentioned on the website and they are bound by terms and conditions which require 50,000 times the amount of the bonuses. It is calculated as Net Deposit x 50,000. If you have not met the terms, you may not be able to withdraw your deposit.