Let me start this social-trader.co review by quoting one of the smartest entities alive: 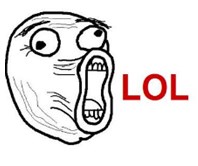 What am I LOL-ing at? This Social Trader software of course. It’s one of the lamest I’ve seen lately. Not only what they say is stupid, but they don’t even have the “decency” (or the money) to hire an actor and a video crew. All they show me is some writing on a white background and expect me to believe this software produced over 7 million bucks during the last year. Great, now I am a Belieber so let’s dwell deeper into the secrets of yet another dream-fulfilling machine.

Ever since we’ve started doing these robot-scam reviews, I am having a small debate with myself: should I try to debunk every word they are saying, or should I just make fun of them? I believe all of you are smart enough to know that someone cannot copy Warren Buffett’s mind into a software and then offer it to everyone for free or that a guy working from his parents’ garage cannot have access to weather satellites, let alone build a software that automatically trades based on the Sun’s activity.

But enough about me, let’s talk about the star of the show. The story is exactly the same as always: he’s not selling anything here… blah, blah something… he doesn’t need my credit card… blah, yada, yada, more cr4p… blah… only 8 copies left, hurry. And then it gets interesting: the software harnesses the power of social media to connect me to 8.5 million experts. WOW, now that’s good! Other robots only connect me to 1 or 2 experts, but this one is much better… of course. 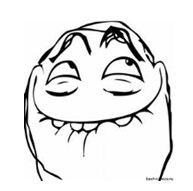 Also, they decide who gets the software based on financial background… so they know about my financial background?!!? From where? Are they spying on me? Then he continues saying that I’ve been chosen from thousands of users from their database, so yea, I think they are spying on us, even building databases with our details. But I know something for sure and I’m willing to bet my car on it: if you go to their website, you fill find out that you too are one of the lucky winners. That applies to everyone with an internet connection I believe.

Ok we are all winners and that’s fine with me but I don’t understand why do all these traders allow me to copy their trades? Are they even aware of it? Hmm, remember when the dude said he knew about my financial background? I think he is like a super spy of the web and he got access to the trades of those millions of experts the same way he knows about my financial background – magic… or super secret agent sH2t. I know you are going to tell me ”Man, these guys post on social media and the software gets the information from there”. Really? So everybody is sharing their secrets on social media for free? Come on, if these experts are sharing signals, they must be doing so in exchange for money, or if it’s free, then it’s only for their subscribers, or in any case, a limited number of individuals.

Speaking of limited numbers, the software is not officially released yet and only 15 people can have access to it… based on financial background of course (he keeps saying that he knows about my financials… man I need to secure my info better). Again: I bet my car that if you go to their page, you will be automatically selected. You and everybody else. But why is he doing all of this? Why did he spend money to build the software, market it and then offer it for free? The answer is so weak it made me laugh: out of social obligation! Have you ever felt socially obligated to do something like that? ‘Cause I haven’t… 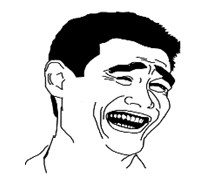 These guys have some innovative spirit, I’ll give them that: they show a list of companies that allegedly use Social Trader:

See, guys? Levi’s, CNN, Pepsi, even Walt Disney use this because it’s sooo good. I can imagine a Walt Disney CEO meeting:

CEO 2: Unleash Social Trader for a week and we will have enough money to last us until Star Wars Episode MXXXXVLI 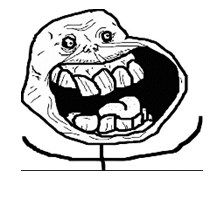 Continuing on the same innovation driven note, they tell me they will give me a software manager – this is new… now these scammers think I am too stupid to even install the software on my own so they have to assign a software manager to do that. Notice how everyone these days is a manager of something. A guy clicks a couple of times to install a little program and BOOM, he’s a Software Manager. Come to think of it, what else is this manager doing? Because in the video the guy repeatedly says the software is 100% on autopilot so I don’t even need to touch it. What’s the manager gonna manage? Oh wait, I’ve spoken too soon, without watching the entire video: now he says that the manager is going to connect me to the millions of expert traders (I thought the software itself does that?!?) and optimize it. Ah, yes, now the salary of this manager is justified (or maybe he doesn’t need a salary and everything he does is out of social obligation).

My Conclusion (Out of Social Obligation)

So what’s the catch? Same old same old: you will have to deposit with one of their recommended brokers and then fund your account. They will then get paid by the brokers. That last part he doesn’t say, but nobody says the sun will come up tomorrow and you still know it will. So let’s wrap it up: stay away from this dung and don’t feed the trolls!

Most Viewed
Weekly
Monthly
All time
Top Brokers
We use cookies to ensure that we give you the best experience on our website. If you continue to use this site we will assume that you are happy with it.