The “system” we are about to discuss is a repackaging of a scam that first surfaced in 2015 and was called Rich Mom Profit System or something like that. I can’t remember it exactly because there are too many of these you’ll-be-rich-by-noon programs and I can’t keep track of all of them. Anyway, let’s see if there are any chances of you and me becoming rich with this PayoutSure robot. I already know the answer and I hope you will see it too.

See the girl in the pics below? She’s an actress and there’s nothing wrong with that. In fact I love actors, but there’s a big difference between Ryan Reynolds who plays Deadpool without expecting anyone to believe that his character actually lives somewhere in America and this girl who wants to make me believe her character is real and that she has the secret to making more than a gazillion per day.

Let’s take a closer look at the woman that is about to make us rich: her surname is Lopez, which is the 66th most common name in the world. Her first name is Maria – I don’t know the ranking of the name but hey, Maria Lopez sounds an awful lot like a made up name so if you wanna make me believe this is her real name, at least be a bit more creative. Being 99.99% sure this was a fake name, I set out to prove it to you and myself so here’s what I found out: her real name is Leanna Pareja and she is a model of some sort. Once you know the name, you can easily find tons of pictures online so please, go Google it out and tell me if that’s the same girl. If you are still not convinced, watch this Harley Davidson commercial and tell me who do you see ;) 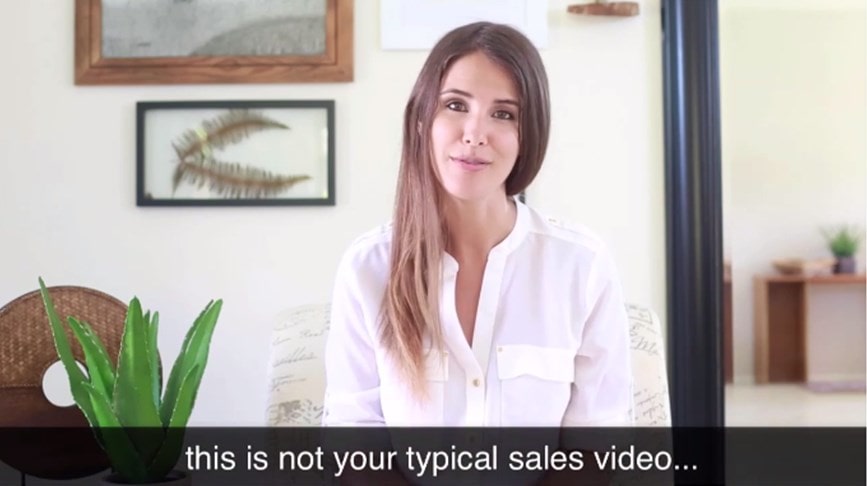 “Not your typical sales video”… well, all typical sales videos say that, so that makes it a… typical sales video. And besides, did you see any video that straight up says “Hey, this is a sales video, I wanna sell you something”? I’m sure you didn’t, but to be honest, maybe all salespersons should stop hiding behind the finger and call a spade a spade because there’s nothing wrong with selling something as long as you don’t use false advertising and lies. And before you tell me they are not asking for any money so they are not selling, think about this: you will only get the software if you deposit with the broker they send you to. Then they get paid a commission and your account (read “money”) is in the hands of the broker. Then the broker (or this Payoutsure software, or both) will blow your account so you don’t have anything left to withdraw, so all your money goes to the broker. 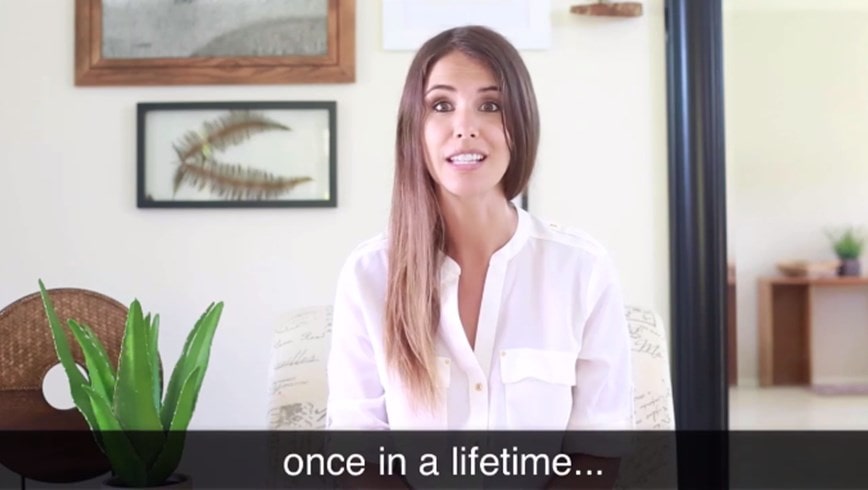 “Once in a lifetime” Lol, what? They all say it’s the best opportunity of our lives, we cannot miss it, we are among the few chosen ones who will benefit from the potential of the software, yada, yada… once in a lifetime… more like once a week.

A woman who lies about her name and profession is telling me that the accuracy rate of this autotrader is 99.6% and I’m supposed to believe that. Stop, just stop. There’s no frigging way someone discovered such a system and then went out and shared it with the world but Maria Lopez is not like all other gurus! She is the real deal and she will prove it to me live so I don’t have any doubt left. When she said that, I expected to see LIVE trades, but actually she showed me a picture of her account balance and then (supposedly 48 hours later), another picture, with triple the money. How is that Live, how is that proof, I will never understand, but there you have it: now they show us pictures and call it Live proof.

As I mentioned in the beginning, this system is a reboot/remake of an older scam called Rich Mom Profit System. In fact, when she tries to convince me by showing that laughable attempt at a “live” account, you can clearly see it says “Rich Mom System”. So they didn’t even bother to hide that at least one bit. 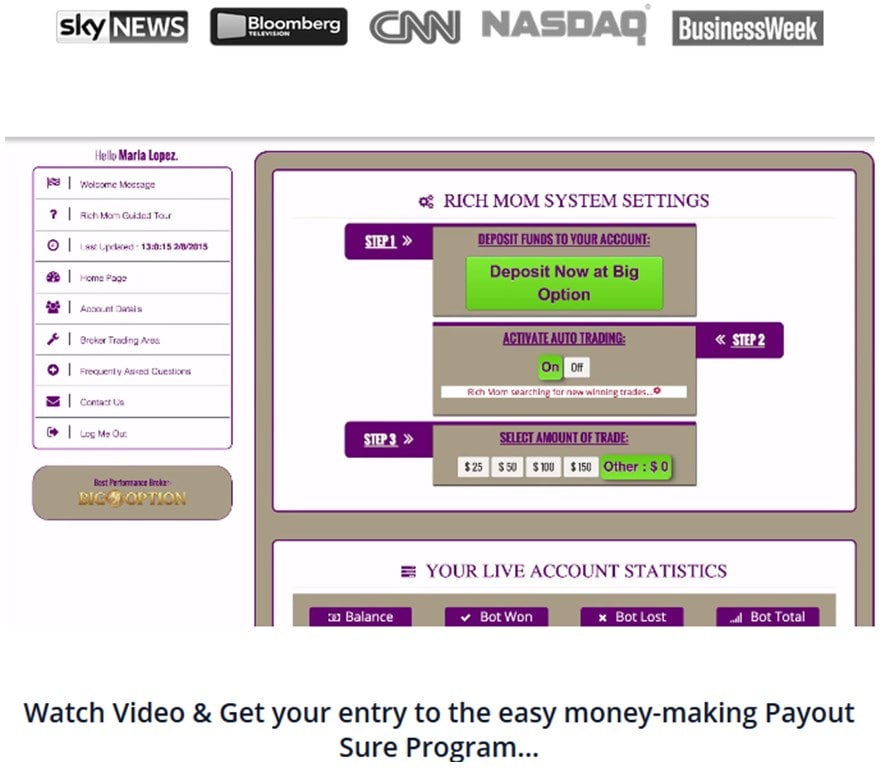 Physics – You’re Not Doing It Right!!!

About 16 minutes and 30 seconds in the video, she spits out probably the biggest imbecility of this entire charade: “People who want to become successful and take action have it in them from birth. Some people have it and some people don’t, it’s just the law of physics.” The law of physics? PHYSICS?!? OMG, good thing Sir Isaac Newton cannot hear what she just said. An apple falling from a tree is governed by the laws of physics, but people “having it” or not “having it” from birth has nothing to do with physics. It’s just, it’s just… ahhh forget it, they are hopeless.

Keep Calm And Keep Away

A model slash actress who lies about her name tries to make me believe she is a stay at home mom slash trader and that she is going to make me rich overnight. I have no way of believing any of that and I don’t know how somebody could. The money you invest in this scam will be lost eventually – that is my personal opinion and you can choose to believe me or believe Maria Lopez. So, just Keep Calm and Go Watch Deadpool… at least you know from the start it’s fiction.