Review of the Pattern Zee Strategy for Binary Options Trading

The Z Pattern is a revolutionary new fractal pattern being used in forex trading. Like many forex strategies this one is easily adaptable to binary options but is it worth your time? The pattern usually occurs during fast paced trading and relies on execution as much as recognition so you have to be careful with it no matter what you do. Fractals in this instance are geometric patterns, similar to snowflakes or ripple of sand on a beach, that duplicate each other in proportion but are repeated in a different scale. This particular geometric pattern, the Z Pattern, is one that produces a ripple much bigger than itself. This is a look at the tool and strategy for the tool developed by its discoverers, ZFX.

What Is Pattern Z?

As I said before, Pattern Z is a fractal trading pattern for technical analysis. It is based on line charts and assumes that positively identified patterns will be repeated. This particular pattern is Z shaped in nature, as the name suggests, and comes with four basic rules. The pattern must fit into a channel, the top and bottom of the pattern must be proportional to each other, the top and bottom must have similar slope and the back of the Z must be straight. If any of these are not met the signal isn’t trade on. It is used as a precursor to reversal and usually signifies a move more than 100% of the patterns amplitude. There are several different classifications of Z’s, including tall and fat Z’s, but all share the same basic characteristics. In order to trade the pattern a channel is drawn connecting the ends of the top and bottom of the pattern. Trades are entered when the channel is broken. Because it is a reversal pattern it is to be looked for at the top of an uptrend or relief rally, or at the bottom of a down trend or correction. 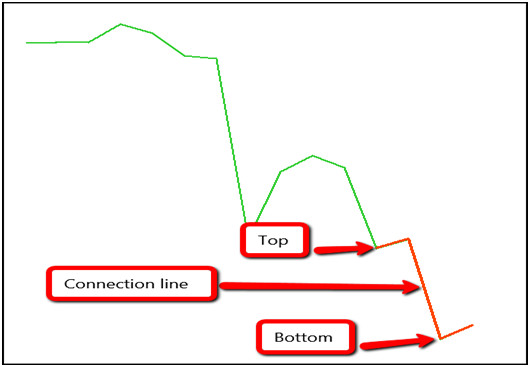 This strategy might not suck because it is very specific. Many unusual tools, and I think that this qualifies as such, have very wishy washy descriptions and hard to follow rules. This one is not like that which is why it might not suck. Using the tool is a different question entirely as you have to very nimble to use it. Adding some other tools, such as stochastic or MACD, to help identify possible points of reversal could be a big help with using it.

This strategy sucks because it is impossible to use. You basically have to be sitting there watching the charts at just the right time to see it happening, and be able to act on it instantly. Not to mention that waiting for the set up may take forever, literally. The authors suggest using no less than one hour charts but even with that time frame it may be weeks or months before a useable signal arrives. It also sucks because it uses line charts. Line charts are very simple, offer little help to short term traders and are not appropriate for trading in the suggested time frame. This is an interesting investigation into chart patterns and market movement but not a useable strategy.

My Last Thoughts On Pattern Z

I’m not sure what but something is being channeled here. To be honest, I’m not completely sure this isn’t BS intended for affiliate marketing scams. To its credit there is plenty of information outlining the pattern, how to recognize it, its uses and how to trade it along with a lot of other supporting material. In the end though this is a waste of your valuable trading time. Take my advice, if you are interested in channel trading stick to Keltner Channels, Donchian Channels or simple and easy Basic Price Channels.