Millions! Millions of millionaires have emerged this year. It’s probably the most profitable year in more than a decade for traders around the world as basically, it’s raining money from the sky. Becoming a millionaire has never been easier than this year. All you have to do is act… and act NOW because spots are limited. But don’t worry, if you’ve missed it, there’s always another signal provider around the corner to make you rich, even richer than the previous would of made you. What you’ve read so far in this article is cr4p! But unfortunately it’s the reality we’ve been living in for the last year.

Banners dancing everywhere, a major Wall Street player (millionaire of course) wants to help you become as rich as him, free, easy and available for anyone. This is the backbone of all binary options signal provider scams (including apps, robots and whatnot). And from here, you have variations: a lady with two kids received a gem of a software from her husband who is now missing because he got involved with some secret agency (OMG, where could he be?). Or some guy worked in a major Wall Street firm and before getting fired, he managed to snatch a secret formula to milking the market and making an infinite amount of money. Or whatever… their imagination was pretty wild this year.

As long as money is involved, they will always be around to take their cut and there’s only one way to make them go away: stop buying what they’re selling. If I knew it made a difference, I would fill this entire page writing “STOP Buying what they are selling!” but probably that won’t work because they will eventually find another good sales pitch to convince people. I recently saw a guy who went as far as saying that all accounts presented on his website have been looked at by a notary and legal team. Yea, check it out:

Well, that’s a first: a public notary is involved and vouches for the authenticity. Hmmm, let’s check the notary’s website – surprise, it doesn’t exist! Just a gimmick to make you believe the software is really working. By the way the name is DoublerAppBot or something similar and it’s supposed to double your account in 7 days. Guess what: not only that it’s free, but the “creator” of this magic software also says he will give you 10,000 bucks if his app doesn’t double your account. Wow, right? Let’s all do it and hope the app doesn’t double our accounts because that way we will get 10K free money…sure we will.

I guess that check has been verified by a notary as well, but let’s forget about this member of the “Famous Association of Kr4p-selling Elite” (F.A.K.E.) and let’s move on to other type of signal providers: the ones that spam forums. These guys are not as ingenious as the guy above but still, they deserve “credit” for their tenacity. They work night and day creating multiple usernames of all sorts of forums (ours included) and spreading their false promises. Look at this guy:

He has 2 posts on our forum (actually it’s the same post published in 2 different threads) and he is boasting his results, urging us to contact him if we want to know more (of course, he doesn’t offer any proof whatsoever). There are tens of guys like this one (most of them banned daily) who are just trying to get you interested enough to contact them. Then they will probably introduce you to a broker or a magic software, they’ll get a small share as an affiliate and you will get your pockets emptied if you are gullible enough.

And last but not least, we have to address the elephant in the room: the brokers are becoming signal providers. They offer trade recommendations and sometimes even trade the account without permission. Unfortunately this has been a growing trend during the last year, with more and more people blowing their accounts due to bad trading decisions made by their Account Managers, Senior Trading Chiefs, Master Guru Traders, Moon Masters of Money Management, Chieftains of Operations in Charge of VIPs and whatever made up titles they come up with. 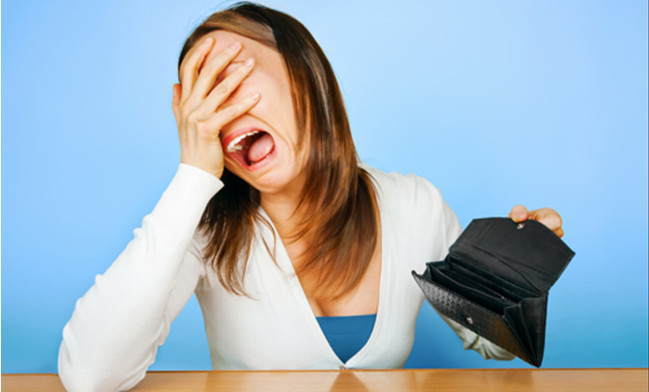 We’ve always had software/magic app sellers, and signal providers claiming they’ll make you rich but until recently, brokers were a bit more conservative with this approach. This last year they have stepped up their game and it looks like Binary Options are heading fast towards a managed account structure where the trader is more like an observer, not actively trading but watching how the broker’s representative is blowing the account and then asking for more money. If you are familiar with our Binary Options Scam Watch series, you know what I’m talking about because every month we have at least a couple of guys complaining about how they wanted to invest the minimum but then the broker convinced them to invest thousands and lost it all. Beware, their sales pitch is good and they will claim they have tens of years of experience, they will lure you in with promises of high profits and then will ask for more money, of course. Are you familiar with Boiler Room and The Wolf of Wall Street? Nope, go watch them both and then tell me if you see any similarities with the way your broker is behaving. If you don’t see any, then you are probably trading with a good broker… but chances are slim. Can we include brokers that trade our accounts into oblivion into the circle of F.A.K.E. signal providers? Yes, I believe we can, especially if we are talking about scammers who are willingly blowing your account.

Their Bull… Has Reached Thousands of People

Mass marketing makes it so easy nowadays to fish clients online. Banners, ads, colorful texts, fake testimonials, they all make the scammers’ job easier and throughout this year our screens have been invaded by all this cr4p but the “winner” is clearly the signal provider in all of its forms, whether it’s an app, a robot a bad account manager. They all give you signals to trade, they give you bonuses which will just send you deeper into the hole. There’s good news though: if you are willing to open your eyes, you will read our forums and you will see how many scammers are “put down” on a daily basis. Usually they all appear high and mighty and after a few posts, leave with their tail between their legs. Read before giving your money away. Join the Forum and read our anti scam reviews and articles. We can warn you but we cannot stop you from reaching for your wallet. Only you can do that, so please start doing it and let’s put some scammers out of business in 2016. Destroy F.A.K.E.!