Well… I would say: ”Yes!”, but I’m a woman so I think my subjective opinion doesn’t count :). Then what should we do? Who should we ask? Men? Nooo… I don’t trust them, they’re equally subjective as I am. Hmmm… I think there’s no one out there that can give us an objective opinion regarding this seemingly simple question. If we really want to find out the truth maybe we should have a closer look and see if we are different from each other and how do these differences influence our trading.

Man vs Woman? Or is it Woman vs Man?

There’s absolutely no doubt in my mind that women and men have different trading styles. Heck! I cannot find someone with an identical trading style like mine and I’m sure that neither can you. Being unique is a marvelous thing and I have a feeling that in this line of work, the upper hand comes from creativity and uniqueness. 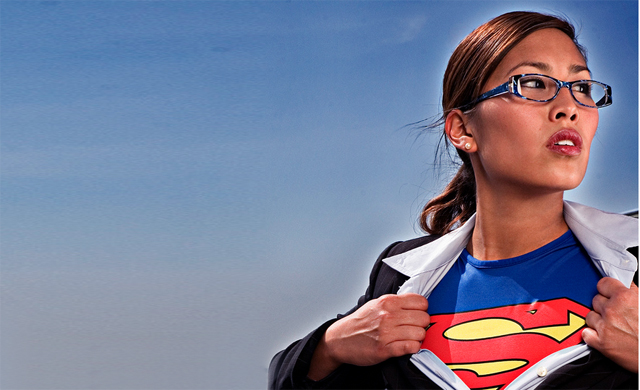 I’m a retail trader and my husband is also one, but although we entered the world of trading together at some point in our learning curve we realized that we don’t see things the same way so we silently went on our separate ways. He refined his technique by combining fundamental aspects with technical analysis, whereas I couldn’t care less about what President Draghi said or did, I’m much more interested in the mathematical and mechanical way of trading (don’t get me wrong, I am aware of high impact news and try to avoid opening trades during their release). But being different doesn’t make one better than the other, we might have different P&L by the end of each trading week but when you analyze our trading records on a longer period of time we are both on the number one position.

Trading Habits? Never Heard of Them!

Over the years I have met many fellow traders, women and men alike, and I have to say that although each of us is unique, you can still see a pattern when it comes to trading habits:

Men like to trade bigger – I don’t think this comes as a surprise to anybody, it’s a well known fact that men like everything in two sizes: big and bigger, so why not apply this in their trading as well :). I think they see it this way: the bigger the size of their trades, the quicker they get filthy rich. They don’t like to waste time and want their muscle cars delivered to their home ASAP. Don’t get me wrong I’m not talking here about risking half of your account on one trade, I’m just saying that men can usually risk up to 10% of their account on one trade whereas women have their maximum comfort zone around 3%.

Women trade less frequent – well… this is a diplomatic way of saying that women do not overtrade :). I truly have no idea how to explain this, from my point of view I literally don’t feel the need to do it… it’s that simple. Let me put it in another way: if by 4 pm all my trades are closed and I’ve had a profitable day, I couldn’t care less about what happens next in the market and that I could double my profits… I could also lose them or even worse go into negative territory… So why bother? I’m better off spending my time shopping, chit chatting and drinking coffee with my girlfriends.

Men are prone to revenge trading – although some of you might be inclined to say that revenge is a woman’s characteristic, when it comes to trading things are completely the opposite. If a man is certain that an asset is overpriced and must come down, he will die for his beliefs even though the market proves him wrong again and again… and again. Revenge trading is one of the main reasons for blowing trading accounts, maybe that’s why women’s trading accounts have longer lives…

Women tend to over-analyze their trades – you could believe that this is a powerful skill but from my experience this is something far from good because it can easily lead to analysis paralysis and the next thing you know you are completely incapable of opening trades. How do I know? Because I’ve experienced it myself and let me tell you that it’s very hard to get rid of it.

Ok… We all have our weak and strong points, but is this enough to state that one is better than the other? Don’t really think so. Women clearly represent the minority in this business, so we’re not winning in numbers but maybe we’re winning in quality. One thing is for sure: women don’t like to get involved in stuff they don’t know for sure they can handle and that’s why they do their homework rigorously before deciding to open a live account and risk their hard earned money. If they have doubts regarding their success in trading, they will switch their attention to something different. In other words, what I’m trying to say is that on a retail trading level the percentage of successful women is much higher than the percentage of successful men. But then again, I am a woman…