Lately I’ve been “reviewing” quite a lot of Binary Options Guru websites and their software – well, I can’t really call it reviewing because there’s not a lot to review there, it’s just a big, steaming pile of *something* wrapped in a shiny package – and I can clearly see the trend: they all have a rather touching story behind, then they catch a break and find what we traders call the Holy Grail (a strategy/system that keeps pouring money in your bank account) and then finally they decide to share it with the world for a few bucks or even for free… yeah, sounds legit. Well guess what, today we have another money maker lined up for review: Jeff Anderson’s Turbo Robot… bzzztt, bzzt… all systems go.

What is Binary Turbo Robot and how does it work?

Turbo… what are these guys thinking when they name their software? But let’s not linger on their lack of imagination; after all, I don’t care about the name if the software brings me money. To answer the title question, Binary Turbo Robot is software which connects to your binary options account and fattens it automatically “with ZERO manual trading”. You might wonder how fat will your account get so here’s the answer to that as well: “Over $1,311,209 A MONTH… Every month like clockwork…”, according to their website. If you want to know what I think of it, please read the first paragraph again. There is absolutely no doubt in my mind that such powerful software will not be given away for a measly price (do they really need the money?) or for free. Furthermore, I don’t believe for a second that Jeff Anderson actually has such software.

Let’s focus a little on how it works and what makes the software so “powerful”: according to Jeff Anderson, his robot exploits the “biggest remaining loophole in options trading”. That’s kind of like saying it relies on magic or fairy dust to bring you “over $1,311,209 a month” and actually I find this loophole approach a cheap and pathetic trick. Everything is shrouded in mystery and is too similar to a fairy tale so I am sorry Mr. Anderson, but I’m not a 3-year old who still believes the Tooth Fairy will take my tooth and give me a million green ones in return or that your software will bring me the amounts of money you claim. So how does Binary Turbo Robot work? No idea… 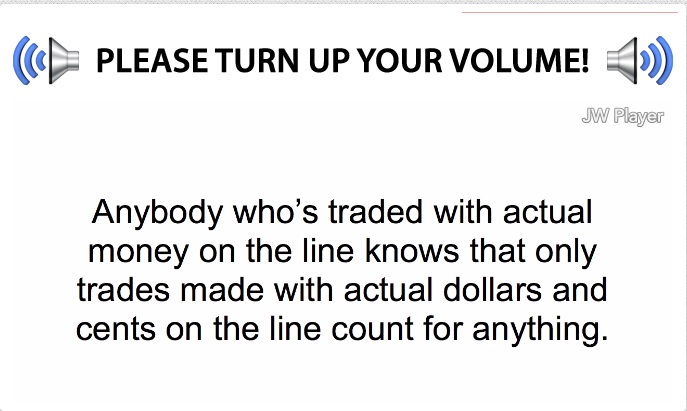 Costs – I wouldn’t use it even if I would get paid to do so.

The robot is free. Surprisingly, someone is giving away for free the secret to millions of bucks… However, in the past this robot had a price tag of $47 bucks and I can’t think of a reason why he would offer it for free now… oh, wait, I got it: nobody was buying it! But there’s another type of price you have to pay if you want to use the Binary Turbo Robot: you will have to open an account with TradeRush (the name is not mentioned in the sales-letter but once you reach the Members Area you are directed to this broker). See the pattern here? All magic software vendors make you sign up with shady brokers if you want to use their technological wonder. This guy Anderson goes all out and says that “This broker DOES NOT take just anybody. In fact, you normally have to be an experienced trader with some good references to get in the door.” Whaaat? Please don’t make me laugh… a broker who won’t accept my money unless you have references!?! I’m so fortunate to have met Mr. Anderson or otherwise I wouldn’t have been able to open an account with… TradeRush.

All performance proof is limited to a couple of pictures showing a few winning trades and also, very short videos of his accounts with huge sums of money in them. All this means absolutely ZERO to me. A very long time (please read “never”) is going to pass until I will trust some pictures thrown at me by a guy with a sales-letter type website who claims to make millions a month and has such an American sounding name(which, by the way, I think is made up)… just like all “gurus” out there.

Is Binary Turbo Robot a Scam?

Let me ask you: what is a “Scam”? If a Scam is considered something that doesn’t perform as promised, then “Yes”, I believe this is a scam because I don’t think I will make millions with it as the guy says. Furthermore, here is what some people who used Jeff Anderson’s Binary Turbo Robot have to say about it on ForexPeaceArmy.com:

“This is disgusting in the extreme and such scammers should be exposed and charged for fraud… If I was trading manually, I would have stopped my losses much earlier than this senseless robot and/or scam system”

“…this is a ripoff. this robot lost all my money in my traderush.com account.”

“These guys have changed whole way to loot peoples money!!!”

“Typical c****y product. I should have know better…”

There are more unsatisfied (to say the least) customers on the ForexPeaceArmy Forum and now I think I should have written this review sooner… maybe that way some guys would still have their money.

My clear conclusion: Walk away!

Chefs don’t share their secret recipes – that’s why they’re “secret”. You can eat food cooked according to the recipe, but they won’t give their secret away because that’s their Golden Goose, their bread and butter. Well, Millionaire Jeff seems eager to convince you to take his special software and even claims to give you $100 out of his pocket if you won’t make money with it. Sure. The chances of me getting 100 bucks from this guy are equal to the chances of his robot making me a truckload of money… and both are equal to ZERO.